You may have previously heard of the term ‘Salary Sacrifice’ and wondered what it’s all about?

Essentially, salary sacrifice involves giving up some of your pay and putting it into your super instead, which will save tax and helps boost your super.

You’re effectively asking your employer to redirect a portion of your pre-tax salary as a contribution into super. The benefits of salary sacrifice are derived as long as the amount sacrificed is not taxable at a higher rate than your marginal income tax rate. In the superannuation environment, earnings and contributions are taxed at only 15%, compared to a person’s marginal tax rate, which can be as high as 49% (including 2% Medicare Levy). 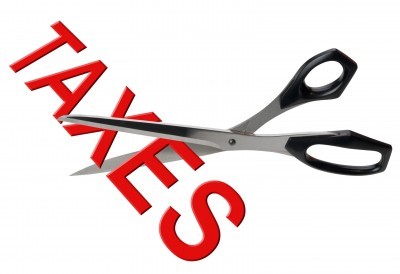 The example below highlights the potential benefits of implementing a salary sacrifice strategy.

John earns $80,000 before tax, excluding his employer super contributions. If he decides to allocate $10,000 of his pay as a salary sacrifice contribution, he will save $1,950 in tax, with the extra money going into his super fund.

While this may seem like a good strategy for some people, it may not be beneficial for others depending on their financial situation, because salary sacrificing means you’re taking home less money in your pocket. If finances are tight and your focus is on paying down a mortgage or other personal debt, then salary sacrifice may not be right for you. Furthermore, a reduction in salary may affect other entitlements such as long service leave, annual leave and superannuation guarantee contributions. You should always check with your employer before entering into a salary sacrifice arrangement to see if any of these will be affected.As you can see in the example above, John is better off utilising the salary sacrifice strategy as he is making a total tax saving of $1,950 per year, which increases his super account by this amount each year.

If you have a relatively low mortgage and are currently making extra payments onto your loan, then it may be worth considering salary sacrifice as a strategy to use your super at retirement to pay off your mortgage more tax effectively, and potentially save you thousands of dollars along the way.

My wife and I utilised Max’s services to review our life insurance policies, with particular respect to addressing an exclusion clause. Max spent significant time searching for the best possible solution and came up with a proposition that affordably met our requirements. I would not have been able to achieve this using one of those on-line insurance quote generators. Max did his utmost to get us the best deal and I would recommend him to anyone who is seriously looking to review their life insurance options.

Thanks Max for all your help with my new Life and Income Protection Policy. Not only have I got a better policy but a better premium as well. You answered all my questions and nothing was too much trouble. A pleasure dealing with you.

Insurance and the complexities of organising it has been made easy by Altura. Thanks Max for a painless process to organise what is an important aspect of any working person’s life. I have a great product within the price boundaries I gave and have the confidence that if I ever needed to claim, I have the full support of Altura to manage me through the process.

Max and Altura recently reviewed my superannuation and personal insurance circumstances. Upon reviewing my existing arrangements and analysing my personal needs, Max was able to outline a more cost-effective plan that saved money and was thereby likely to increase my return over time without compromising my personal coer. Max also took the time to make the process painless and simple and accommodate my busy schedule. Max is a true representative of customer service and operates a highly professional operation.

Max really took the time to understand my families needs and found a solution & cover that matched our situation and budget. His expertise, integrity and attention to detail were outstanding. He patiently followed up and answered each and every question with confidence and authenticity. I only wish all professionals conducted business in this manner. I can recommend Max to you enthusiastically and without reservation.

Max Pagnin from Altura Financial Planning provides outstanding knowledge and integrity in the field of personal insurance and income protection. Thanks to Max and Altura, my family was able to save over $5000 per annum on tax minimisation and through his detailed knowledge and support of my family’s needs for protecting our incomes, and the future of our children I can not thank Max enough, and highly recommend him to my entire network of family, friends and associates.

Max made a quite complex and daunting financial situation straightforward simple and not time consuming. Whilst finding me the best products and keeping my costs at a minimum, but with value, he stepped me through multiple options and was personable, friendly and punctual wiht good follow up.